To run a successful bar, it is important to know the classic recipes for hundreds of popular cocktails throughout the world. Each cocktail originated in a different country or region across the globe, and Mexico is one of those countries. Mexican cocktails often feature tequila as the base liquor, and are quite popular in the United States and throughout Europe. 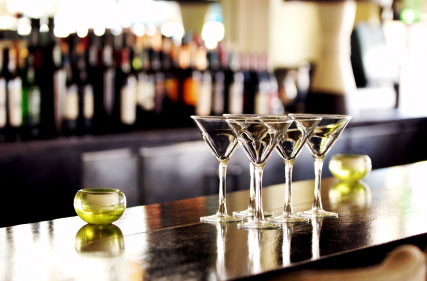 If you add a classic Mexican cocktail, such as the margarita, to your bar menu, you will be sure to satisfy the exotic tastes of your customers. Here is all you need to know about crafting the perfect margarita.

What is a Margarita?

A margarita is one of the most popular Mexican cocktails in the United States. There is a great deal of controversy over the creation of this cocktail. Many stories exist about the origins of this popular beverage, but the most widely accepted involves a bartender in the late 1940s. This bartender was supposedly mixing different tequila cocktails when the daughter of a German ambassador, Margarita Henkel, walked into the bar. The bartender offered her his newly concocted beverage and she liked it, so he named the drink after her. Another story suggests that the namesake of this drink was a popular stage actress involved in Ziegfeld productions. Regardless of the history of this beverage, margaritas are concocted and sold throughout the world.

The Components of a Classic Margarita

A margarita has three basic components. The first, and most important component, is tequila. Tequila is a liquor made from the juice of an agave fruit. This liquor is often consumed by the shot, and it is most frequently paired with lime juice because the bitter juice of limes brings out the natural sweetness of the liquor. In fact, lime juice is the second component of a classic margarita. Margaritas are sweetened with the addition of orange liqueur such as Triple Sec or Cointreau's orange liqueur. According to the International Bartender's Association, the correct proportions of a margarita include seven parts tequila, four parts orange liqueur, and three parts lime juice, shaken and poured into a glass.

How are Margaritas Served?

Margaritas are often served in a glass that has a salted rim. The salt around the rim of the cocktail glass also helps to bring out the natural sweetness of the cocktail. To salt a glass rim, dip the glass in a dish of lime juice and then immediately place it in a bowl of coarse salt. Margaritas are often served on the rocks. This is the traditional way of serving this Mexican cocktail. However, frozen margaritas are also quite popular. The liquid cocktail is blended with ice cubes to make a frothy, slushy beverage.

Spicing Up Your Margarita Menu

Margaritas are often served with additional flavors and "twists" to make the drink more exciting. Other flavored juices such as pineapple juice, mango juice, orange juice, or berry juice are mixed in lieu of or in addition to the lime juices included in the traditional margarita recipe. Adding a margarita to your bar's menu is a great way to satisfy customers who do not care for the strong taste of "neat" drinks and cocktails.