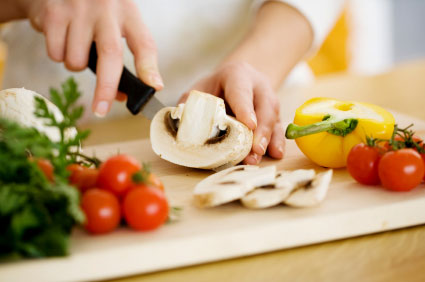 Rice is one of the major components of most Asian cuisine. Rice was traditionally used in Asian cooking because it was inexpensive, very prevalent in the Asian rural communities, and quite filling. Rice is a carbohydrate and a grain, which means it is chock full of energy-giving potential. White and brown rice are both used interchangeably in Asian dishes, but white rice may be more common in most Asian restaurants. Rice can be used as a binding ingredient in dishes such as sushi or sashimi, or it can be used as a side item and paired with meats, vegetables, and sauces. Fried rice, a common Japanese dish, is rice that is mixed with meat, vegetables, egg, butter, and spices and then fried over high heat in a wok or frying pan.

Eggs are also quite popular in Asian cuisine, again because of the traditional elements of Asian cooking. Because meat is very expensive and costly to raise and butcher, agrarian Asians needed another form of protein that was more readily available. Eggs are rich in protein, and they also provide hearty flavor to Asian dishes. If you have an Asian restaurant, you can use eggs as a binding agent in dishes such as fried rice. Egg is also used to form crispy fried coatings on chicken and other fried dishes. Finally, egg is sometimes dropped in boiling broth to form egg drop soup, a common Chinese side dish.

There are a variety of different meats that are commonly featured in Asian dishes. Some Asian cuisines feature mostly fish because of the coastal nature of these regions. Japan, an island nation in Asia, features a lot of fish in its dishes. Sushi uses raw fish such as salmon, tuna, squid, and octopus. Cooked fish is less common in modern Asian cuisine, but it is still used. Chicken is one of the most popular meat options in a variety of Asian cuisines. Pad Thai, Orange Chicken, General Tsao's Chicken, and Sesame Chicken are some of the most popular Asian dishes that use chicken. Beef is often featured in Japanese dishes such as Teriyaki Beef or Curried Beef.

An important component of Asian cuisine is a variety of fresh vegetables. Squash and zucchini, onions, green onions and chives, cucumber, beans, bean sprouts and other leafy green vegetables, sprouts, and even potatoes are all used in creating Asian dishes. For the freshest results, use vegetables that are in season.

You cannot create a flavorful and pleasing Asian menu without the use of several different and important spices. Soy sauce, duck sauce, sweet and sour sauce, and eel sauce are all flavor-infused sauces that add dimension and depth to Asian dishes. Spices such as ground ginger, garlic, Garam Masala, clove, Turmeric, and curry are used in dishes to add flavor and to delight the palette.

This is by no means a comprehensive list of Asian ingredients, but keeping these five staple ingredients on hand will help you create a varied and flavorful menu.